Considered the all-time master of railroad art, Howard Fogg painted the power and majesty of the steel wheel on the steel rail. After rail fans discovered Fogg’s artistry, he spent the next 50 years as a freelance artist reinventing the steam age. In Howard Fogg’s Trains, his paintings live on, commemorating the great age of railroading.

Railroads featured in this edition include:
• It is the winter of 1940, as Rio Grande Southern “Mudhen” 455 leads a short Rio Grande Southern freight train out of Telluride, CO
• Denver, Northwestern and Pacific 208, an articulated 2-6-6-0, is working hard with a westbound freight as it climbs the first leg of the Giant’s Ladder in the winter of 1920
• Denver and Rio Grande Western 1705, a Class M-64 Northern (4-8-4) built in 1929 by the Baldwin Locomotive
Works, is leading eastbound Train #2 along the eastern flank of the Collegiate Peaks, northwest of Buena Vista, CO
• Southern Pacific Locomotive 4451, a Class GS-4 Northern built by the Lima Locomotive Works in 1941, is leading
• Train 99, the Coast Daylight, along the rim of the Pacific Ocean south of San Louis Obispo, CA
• For the last few years of its career, Rio Grande 318, a 2-8-0 Consolidation, had a more-or-less regular run between
Montrose and Ouray, CO
• Baltimore and Ohio 5301, a Class P-7d Pacific (4-6-2), is on the eastbound Cincinnatian near Athens, VA sometime in the summer of 1947
• Santa Fe 303 leads westbound Train #17, the Super Chief, several miles east of Gallup, NM in the summer of
1950.
• Southern Pacific Engine 9, leading a southbound freight several miles south of Owenyo, CA, was built by the Baldwin
Locomotive Works in 1909
• The North Woods Hiawatha was not quite as classy as the Hiawathas operated on the Milwaukee Road’s main line,
but it was just as important, supplying passenger service between New Lisbon and Star Lake, WI.
• The East Tennessee and Western North Carolina Railroad was narrow gauge and ran eastward from Johnson City, TN to Hampton, TN. Known locally as the “Tweetsie,” it connected with the Linville River Railroad near Boone, NC
• Union Pacific 844, a Class FEF-3 Northern (4-8-4), is leading westbound mail train #25 west of La Grande, OR in the winter of 1949
• New York Central 6012, a Class S-1b Northern 4-8-4 (that the Central referred to as a Niagara), running northbound with a passenger train along the wintertime Hudson River near Cold Spring, NY in 1950

Howard Lockhart Fogg, Jr. was born in Brooklyn, New York, on April 7, 1917. He came from a family that was interested in trains and at least some of his interest in drawing and painting pictures of trains may be attributed to his grandfather, who was a draftsman for the Boston and Maine Railroad. The Fogg family moved to a suburb of Chicago in 1923, where Fogg senior worked for the Litchfield & Madison Railroad.

In time, Howard followed his father and attended Dartmouth College in New Hampshire, where he studied English literature, created cartoons for the college paper, painted trains, and graduated with a Bachelor of Arts degree in 1938. That fall he enrolled at the Chicago Academy of Fine Arts with the intention of working as a cartoonist. After graduation, several uneventful jobs followed, including work as an apprentice engineer at the Baldwin Locomotive erecting shop until 1941, when Fogg was drafted into the army. The attack on Pearl Harbor prompted Fogg to transfer to the Army Air Corps where he trained as a pilot and received his commission and wings in 1942. Stationed in England, Fogg flew 76 missions escorting heavy bombers, many over Germany, and as a result, he was awarded the Air Medal with three clusters and the Distinguished Flying Cross with one cluster. Howard was discharged from the army as a captain in 1945, certain only that he wanted to be a railroad artist.

In 1946, Fogg was fortunate to meet with Duncan Fraser, the president of American Locomotive Co. (ALCO) in New York. Impressed by Fogg’s work, Fraser hired the young artist to paint locomotives in the color schemes of the railroads that were receiving new engines. His work for ALCO brought Fogg into contact with Lucius Beebe, an author who began commissioning and reproducing Fogg paintings in a variety of railroading books. Fogg also met John Walker Barriger III, an expert in rescuing struggling rail lines. As Barriger moved from line to line, he commissioned Fogg paintings to help promote each railroad. Fogg’s reputation as a painter began to grow.

In 1943, Fogg had married his college sweetheart, Margot Dethier, and the couple was able to buy their first house in Basking Ridge, New Jersey, in 1947. The Foggs had friends in Colorado and, after visiting for several summers, they moved to Boulder in 1955. Fogg set up his studio there and continued to work for ALCO, although his long-term agreement with the company ended in 1957. Thereafter, Fogg worked as a freelance painter. As his reputation grew, Fogg found that his paintings
were in such demand that he had a backlog of orders that would require several years to fulfill.

During the course of his long career as an artist, Howard Fogg completed more than 1,200 paintings, most in watercolor, although some 200 were in oil. As a young artist, he once completed 45 watercolors in one year. As a freelance painter, he often needed about two weeks to complete one work, while late in his career each painting took about six weeks to complete. 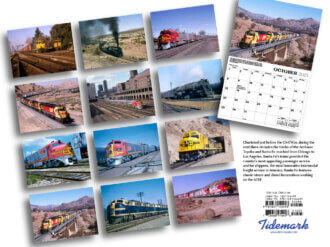 Chartered just before the Civil War, during the next three decades the tracks of the Atchison Topeka and Santa Fe reached from Chicago to Los Angeles. Santa Fe Railway trains provided the country’s most appealing passenger service and for shippers, the most innovative intermodal freight service in America. Santa Fe features classic steam and diesel locomotives working on the ATSF. 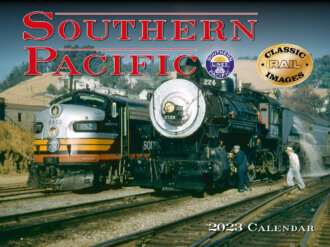 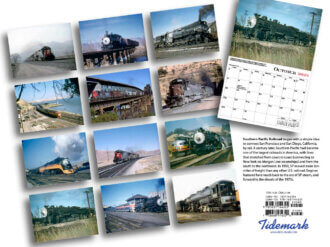 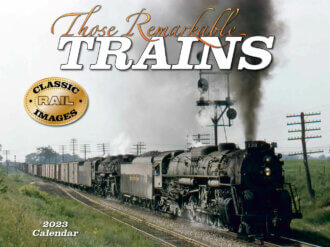 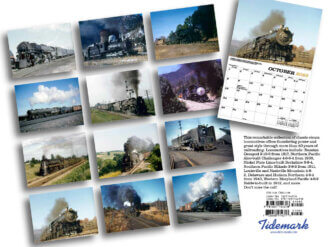 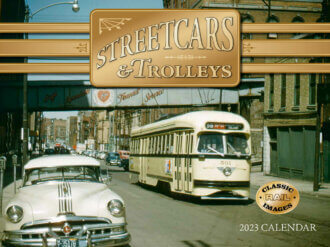 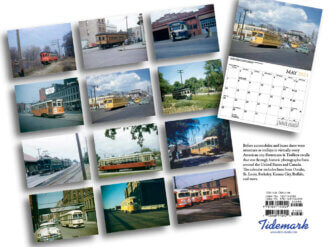 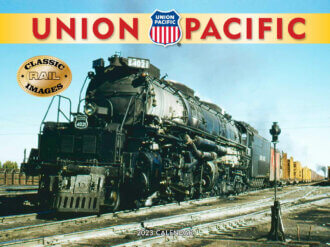 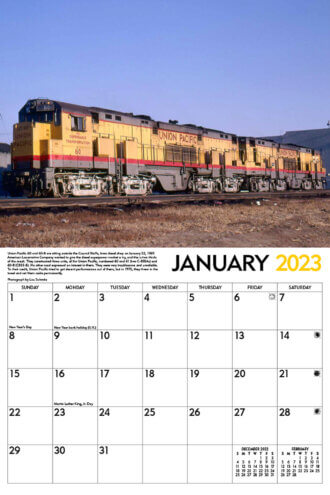