View cart “Classic Motorboats 2022 Calendar” has been added to your cart.

Locations and races featured in the 2022 edition include:

on a beam reach at the J/22 world championships off Newport, RI. South Africa is slated to host the competition in July of 2022.

competition. These modern class boats evolved from a design drawn by George Sweisguth and first built during the winter of 1910-1911: a small arc-bottomed sailboat with a keel. Originally fashioned in wood with a gaff rig, the boat’s plan evolved over 90 years into this contemporary racer.

Spinnakers flying downwind while others are doused on the opposite tack, as a fleet of Sonars

vie for preeminence during a Thursday evening race at the Wayzata yacht Club in Minnesota.

The Sonar design was originally commissioned by a group at the Noroton Yacht Club in Connecticut. Canadian Bruce Kirby drew the modern fractional rig and the first boats were built in 1980.

Flying dramatic black sails, this pair of Fareast 28rs heads for the windward mark during

one-class design drawn by Simonis Voogd and built by Fareast Boats in Shanghai, China. The 28r was granted status as a World Sailing one design Class in 2015.

by the Storm Trysail Club, a group in Larchmont, NY, that organizes blue water and ocean sailing regattas, the Key West races were discontinued after 2017.

After rounding the windward mark Nacra 17 sailors prepare to set spinnakers at the Miami Olympic Classes regatta in Florida. The international organization World Sailing established criteria for a performance catamaran to compete as a new class in the 2016 Olympic summer games. The boat’s designer, Morelli & Melvin, describes the boat as, “… an all-new design that is about 17 feet long, called the Nacra 17. Compared to an F16 class catamaran, it is 250mm longer, 100mm wider, has a taller mast, more sail area, and curved dagger boards that create lift.”

Created for the 2008 summer Olympics, the RS:X windsurfing class was intended to allow windsurfing with good performance in light to moderate wind conditions. The boards can be fast, but making them fly takes stamina and attention to wind and water. These women sailors are working upwind at the Olympic Classes regatta in Miami, FL.

Don’t forget to shower! These sailors are flying through a burst of spray at the Red Bull Youth Championships.

begin the Newport, RI, to Lisbon, Portugal leg of the 38,759 nautical mile Volvo Ocean Race in 2015. Abu Dhabi prevailed and won the round-the-world event. The new class of Volvo 65 monohulls was created for this race. The boats measure 72.6 feet overall, 65.62 feet on the waterline and have a beam of 18.4 feet.

The fleet tacks close to shore during the Rolex Big Boat Series in San Francisco, Ca. in the background is the St. Francis yacht Club, which hosts the regatta. The club was established in 1927 to allow members more convenient access to the water from downtown San Francisco. The clubhouse was built on land “newly” created for the 1915 Panama international exposition and eventually rented by the club from the city.

A J/105 roars downwind on San Francisco Bay during the Rolex Big Boat Series. The first contemporary keelboat with a bow-sprit and an asymmetric spinnaker, the J/105 was introduced in 1991 and has become the most successful one-design vessel in the world larger than 30 feet.

How to sail when the water is frozen? The answer seems to be: very fast. This is the start of the ice boat Gold fleet on the Mississippi River between Minnesota and Wisconsin at the DN Class Western Championships. DN? In 1937 the Detroit News sponsored a contest for an affordable and home-buildable ice boat design. The DN class has become the most popular iceboat class in the world.

For more than 20 years, Andrew Sims has been covering world-class sailing events in the United States and shooting cruising along the coast of Maine. His work frequently appears on the covers and inside pages of American yachting magazines. Perhaps the warmest appreciation of Sims’ photography comes from the sailors themselves. He has sold prints to hundreds, if not thousands of both owners and crew members who enjoy some of the best photos of their yachts competing in action. Andrew’s approach to marine photography is unique in that he often drives his own photo boat while shooting, getting himself into the action to exactly where he needs to be to get that one shot that says sailing is powerful, exciting, and beautiful. Andrew is based in Freeport, Maine.

For more than three decades JH Peterson has covered most of the major sailing events in America, along with literally hundreds of smaller ones. Whether on an ocean or lake, great or small, if it involves sailboats racing, he has probably been there. His work shows a life-long fascination with the interplay of water, wind and light. As a widely-published photographer, his work has been featured in every U.S. sailing magazine, as well as dozens of international publications. His images have appeared on more than 300 magazine covers, and his prints are widely collected by both individuals and corporations. Based in the Midwest, Peterson travels widely to seek out the next great sailing shot. Yet, surrounded where he lives by lakes, it’s not surprising that one of his favorite locations is only minutes from his home. 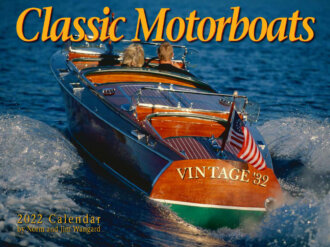 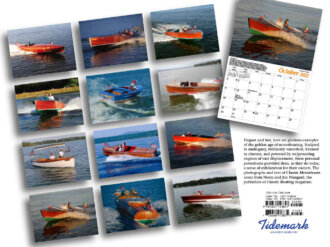 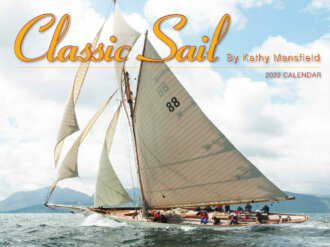 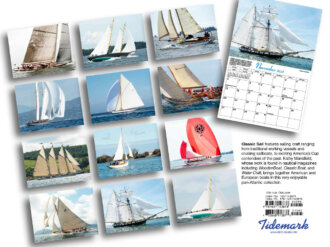 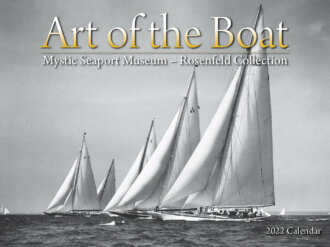 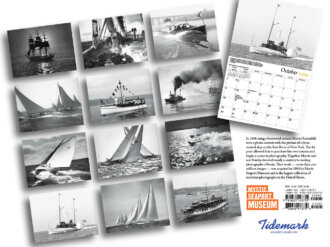 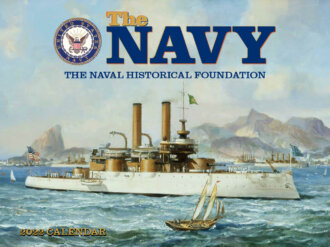 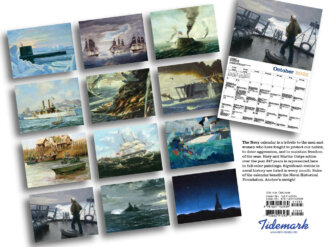