World War II saw the nature of battle change from armor on the ground to power in the air. Warbirds of WWII pictures the planes that changed the war, from the Lockheed P-38 and the Boeing B-17, to the English Spitfire and the German Focke Wulf. Don’t miss the action in the air.

Warbirds featured in this edition include:

Entering service in 1942, the three-man crew Avenger first saw action at the Battle of Midway. It was the most effective and widely-used Allied torpedo bomber of World War II.

The backbone of Hitler’s Luftwaffe, the BF-109 single seat fighter was flown by the three top-scoring fighter aces of all time, who claimed 928 victories among them.

Developed in the 1930s, this heavy bomber flew daylight strategic raids in Europe, dropping more bombs than any other U.S. aircraft in World War II

Developed in 1939 for the U.S. Army Air Corps, the single-seat P-38 served as a fighter, bomber-escort, tactical bomber, and a photo-reconnaissance platform.

The Skytrain or Dakota was a military transport aircraft developed from the civilian Douglas DC-3 airliner. It was used extensively by the Allies during World War II.

This British strategic bomber was used as the RAF’s principal heavy bomber during the latter half of WWII.

Developed in 1940 for the RAF, the very fast British Mosquito served as a medium bomber, and was unusual in that its frame was constructed of wood, hence its nickname “wooden wonder.”

This four-engine B-17 became a key weapon in the attack on Germany during WWII, and ultimately dropped more bombs than any other plane. The B-17 had a 2,000-mile range and a reputation for reliability.

Entering service in 1940, the fast and agile FW 190 Würger (strike) fighter served, along with the Bff 109, as part of Hitler’s Luftwaffe.

Introduced in 1941, the B-25 was a medium bomber that was flown by many allied forces in all theaters of WWII.

The single seat P-40 fighter gained fame as the plane flown by the American Volunteer Flying Tigers against the Japanese in China.

First flown in 1936, the Spitfire was a single-seat fighter that was used by the Royal Air Force and other Allied countries before, during, and after World War II.

Artist Larry Grossman’s professional art career began when he bought an airbrush at age fifteen. He soon began painting and selling wild T-shirts at hot rod shows and events such as The Teen-Age Fair in Hollywood, often working for the legendary King of the Car Kustomizers, George Barris.

In 1967 Larry moved to Berkeley, where he graduated (majoring in film and photography) from CCAC Art School. An animation short film he single-handedly created as a senior won Grand Prize in several film festivals, and he later returned to CCAC to teach animation. In 1981 the Disney Studios enticed Larry back to L.A. to work as a designer on the studio s landmark first-computerized film Tron. After that, Larry created airbrushed art on a free-lance basis for Disney, Warner Bros., and Dreamworks Studios, and also illustrated album covers for legendary musician Frank Zappa, among others.

In the mid 90 s Larry retired his trusty airbrush after becoming enthralled with the creative potential of the computer while working on the 1982 film Tron. Larry soon developed his current unique artistic process, which combines digital airbrushing with his own photography. The resulting images are distinctive, unique and striking, and often reflect Larry s love for the styles of the 1930-50 s (Art Deco in particular). In addition, he owns a 1932 Ford hot rod and a 1961 Nash Metropolitan Convertible (he does all of his own work), and also collects and wears vintage clothes from those periods as well. 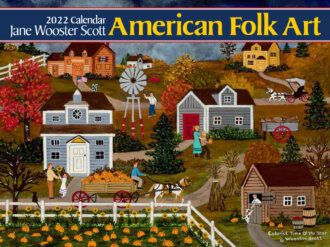 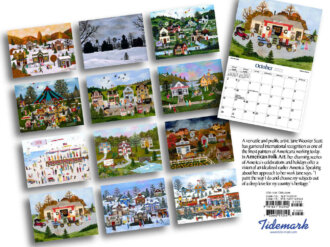 What was it like in the era before six-lane highways choked with automobiles and tractor trailer trucks? A time before the speed of the internet and, seemingly, everything else began to make us feel as if we were being pushed faster than we wanted to go?  Jane Wooster Scott creates paintings that take us back to a time before what seems like the pressure of modernity overtook America. These are painting that encourage us to feel an old-fashioned sense of calm and ease.  In these vividly painted scenes of America’s celebrations and holidays Jane Wooster Scott offers a vision of an America both welcoming and unhurried. Speaking about her approach to her work Jane says, “I paint the way I do and choose my subjects out of a deep love for my country’s heritage.” 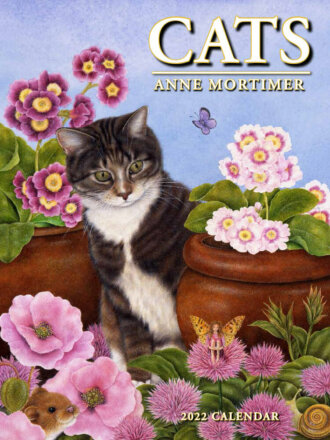 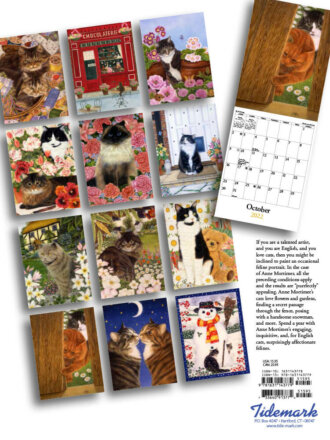 If you are a talented artist, and you are English, and you love cats, then you might be inclined to paint an occasional feline portrait. In the case of Anne Mortimer, all the preceding conditions apply and the results are “purrfectly” appealing. Anne Mortimer’s cats love flowers and gardens,
finding a secret passage through the fence, posing with a handsome snowman, and more. Spend a year with Anne Mortimer’s engaging, inquisitive, and, for English cats, surprisingly affectionate
felines. 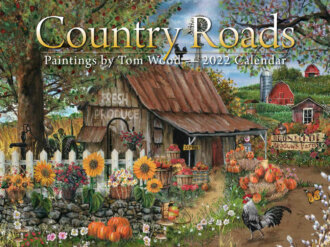 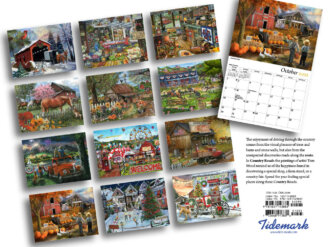 The enjoyment of driving through the country comes from the visual pleasure of trees and barns and stone walls, but also from the unexpected discoveries made along the route. In Country Roads the paintings of artist Tom Wood remind us of the happiness found in discovering a special shop, a farm stand, or a country fair. Spend the year finding special places along these Country Roads.